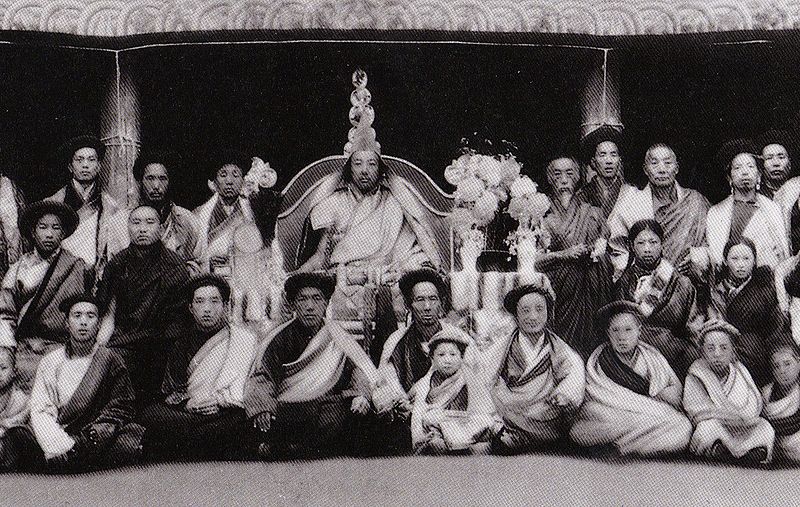 Earliest known photo of Gonpo Tseten Rinpoche. Dilgo Khyentse Rinpoche at Rekong Gompa, Amdo, Tibet, during Rinchen Terdzod transmission, circa 1950. Lama Gonpo is standing, second on right in the photo (to DKR's left), in front of the pillar. Rekong was the birthplace and initial gompa of Gonpo Tseten's root guru Tsö Patrul Rinpoche as well as Shabkar Tsokdruk Rangdrol. It has been famed for centuries as one of the great practice centers in all Tibet.

Click on a date/time to view the file as it appeared at that time.

The following page links to this file:

This file contains additional information, probably added from the digital camera or scanner used to create or digitize it. If the file has been modified from its original state, some details may not fully reflect the modified file.
Retrieved from "https://www.rigpawiki.org/index.php?title=File:Dilgo_Khyentse_and_Lama_Gonpo_2.jpg&oldid=21361"