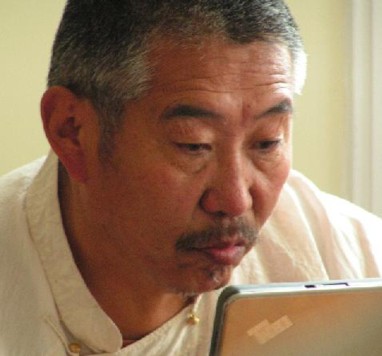 Doctor Lodrö Puntsok (Tib. བློ་གྲོས་ཕུན་ཚོགས་, Wyl. blo gros phun tshogs) (b. 1943) - doctor in chief of the Tibetan hospital of Dzongsar, and a very active influence in the preservation of the medical and cultural heritage of Tibet.

Lodrö Puntsok began his studies of Tibetan medicine at the age of 16. He also studied Tibetan Buddhism, grammar, poetry, astrology, art, woodcraft, and sculpture. He has published books on Buddhism and medicine, and has written extensively about the history of Dzongsar monastery and the lives of Jamyang Khyentse Wangpo and Jamyang Khyentse Chökyi Lodrö. Since 1983, he has been promoting community service projects such as environmental protection, medical care for the poor, and cultural preservation, and has introduced classes in traditional Tibetan handicrafts at Dzongsar shedra.