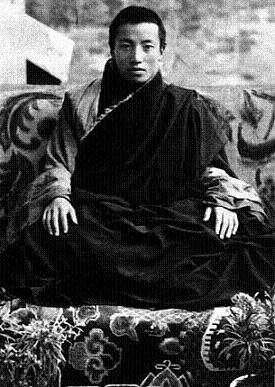 His father was Khenpo Ngawang Norbu, a close disciple of Khenpo Shenga and his mother was Tsari Khandro Tsering Chödrön. In accordance with the prophecies of his predecessor, Thupten Chökyi Dorje, he was born in the Wood Pig year, near Lhasa. He was brought to Dzogchen Monastery and his enthronement was attended by Jamyang Khyentse Chökyi Lodrö, the king and queen of Derge, Lingtsang Gyalpo and all the tulkus and lamas of Dzogchen and all the surrounding monasteries.

At twenty, he travelled to Central Tibet on pilgrimage and made offerings before the Jowo and at all the main monasteries and sacred places. He met the Dalai Lama, who gave him the title of Hothoktu.

He died tragically aged just 25 in the turmoil of the Chinese invasion.