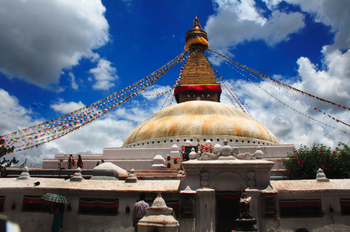 Dudjom Gompa aka Urgyen Dongak Chöling was founded by Dudjom Rinpoche in Boudnath, in Nepal, one of the largest Buddhist stupa in the world, built during the 5th century AD.

Dudjom Gompa is off the main street and have a discrete frontage. Inside, however, it is said to be the most inspiring places with satues, and a feeling of being a place of continual dedicated practice over a long period of time. 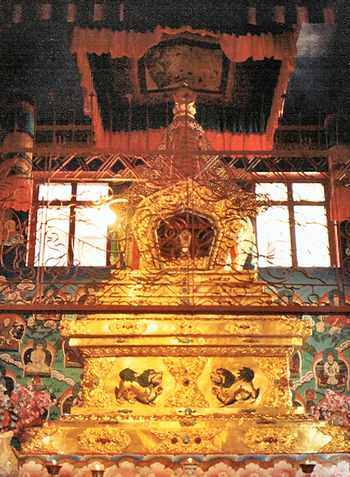 This is the place where Dudjom Rinpoche gave his last major teachings. After he passed away in Dordogne, France, his body was embalmed and brought back to Nepal. Following this, his body was taken to Dudjom Rinpoche Gompa, where it was placed in a stupa built within the main temple. The construction was supervised by Chatral Rinpoche.

Dudjom Gompa is therefore a very sacred place for many dharma practitioners, and especially for those connected to the Dudjom Tersar lineage.