Difference between revisions of "Five Treatises of Maitreya" 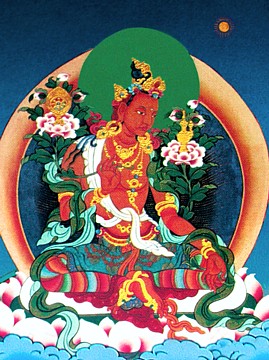 Among the five, four are classed as shastras (commentaries) proper, and one falls into the class of oral instructions. The four that are shastras are extensive are:

Moreover, these texts were given for the sake of guiding three types of individual: