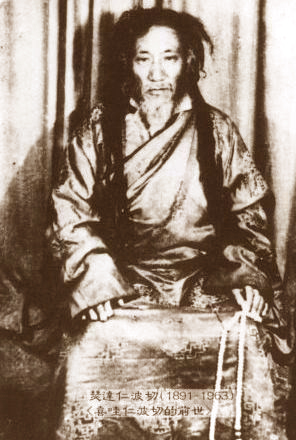 In 1946, Golok Serta Rinpoche went for a pilgrimage to India, and traveled all across the Himalayan mountains. He used to teach Dharma during summer, while staying secluded in retreat during winter.His root master Degyal Rinpoche was born within his own family, as his son, and was name Second Degyal Rinpoche