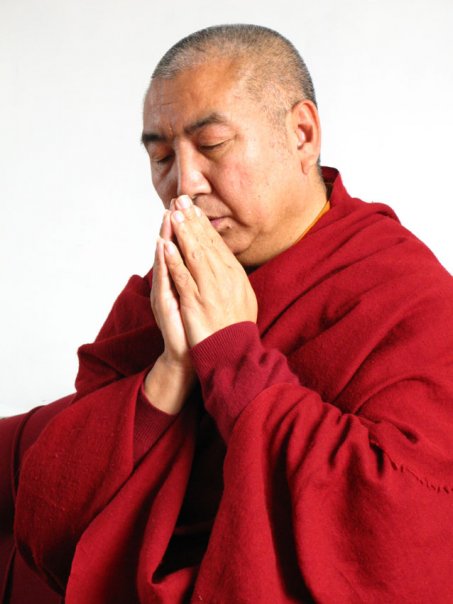 Khenpo Namdrol Tsering (Wyl. mkhan po rnam grol tshe ring) was born in 1953 in Derge. At the age of seven, in 1959, he fled Tibet and reached Bylakuppe, South India. In 1968, he completed the five hundred thousand accumulations of the preliminary practice. He began his studies with Nyoshul Khen Rinpoche and Khenpo Khedrub, and then he went to Sikkim for five years, where he received various teachings on Prajnaparamita, Madhyamika, Pramana and other topics from Khenpo Tsöndrü.

At 25, along with Khenpo Tsöndrü, he returned to Namdroling Monastery and together they established the Ngagyur Nyingma Institute. Since its beginnings, he has been a key person in administering and teaching at the institute. In 1983, he received the title of khenpo from Penor Rinpoche.

Again in 1992, he returned to Tibet and received further Dzogchen instructions from Khenpo Jikme Phuntsok.

In 1998, under the guidance of Penor Rinpoche, he established the Palyul Retreat Center, Samten Osel Ling in Pharping, Kathmandu Valley, Nepal. Khenpo now spends much of his time at his center, as well as teaching abroad and at the Ngagyur Nyingma Institute.