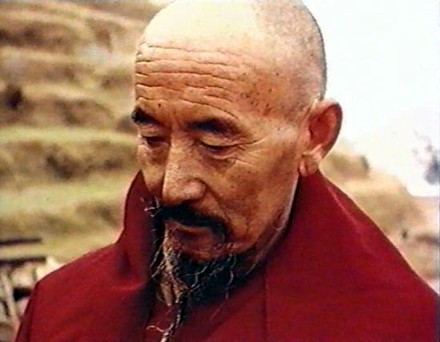 Khenpo Sangye Tendzin (Tib. སངས་རྒྱས་བསྟན་འཛིན་, Wyl. sangs rgyas bstan 'dzin) (1904-1990) - A Sakya khenpo who lived at Guru Sakya Monastery in Ghoom, near Darjeeling, and was famous for his writings on the works of Sakya Pandita, especially his commentary on the Sakya Lekshé, which he wrote in 1972. He gave the transmission of Kamalashila's Stages of Meditation to His Holiness the Dalai Lama.

He appears in the Desjardins movie, and there is also a photo and brief description in Thomas Merton's Asian Journal, p. 145.

His commentary on Sapan's Sakya Lekshé has been translated into English. He also wrote a commentary to Sapan's Clear Differentiation of the Three Sets of Vows and to Gorampa's sdom gsum kha skong.