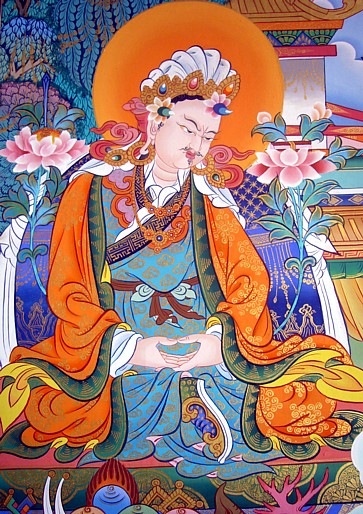 King Trisong Detsen (Wyl. khri srong lde btsan) (742-c.800/755-797 according to the Chinese sources) – the thirty-eighth king of Tibet, second of the three great religious kings and one of the main disciples of Guru Rinpoche. It was due to his efforts that the great masters Shantarakshita and Guru Padmasambhava came from India and established Buddhism firmly in Tibet.

The Sons of Trisong Detsen

There is some confusion in the various histories regarding the number and the names of Trisong Detsen's sons.

In Ancient Tibet [2], it says that there were three sons: Mune Tsenpo, Desong (lde srong) aka Senalek, and the third son, who is called both Murug and Mutik.