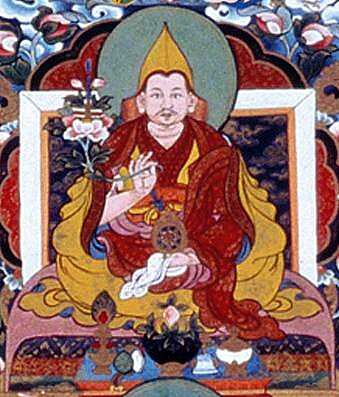 The Fifth Dalai Lama signs many of his works as "the monk of Zahor" (ཟ་ཧོར་གྱི་བན་དེ་, za hor gyi ban de), and this name even appears in the title of his autobiography. It is a reference to the noble family into which he was born, the Zahor of Taktse (སྟག་རྩེ་, stag rtse) in the Yarlung Valley, site of the tombs of the Tibetan kings. The family claimed to be descended from a king of the ancient Buddhist kingdom of Zahor — although this claim was famously disputed by Sokdokpa Lodrö Gyaltsen.