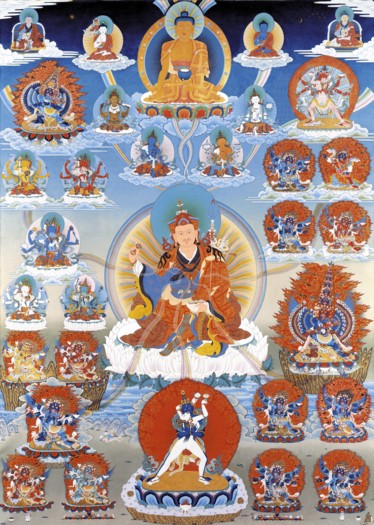 [Note that in addition to the practice revealed by Tertön Sogyal, there are other practices called Tendrel Nyesel composed by other masters, or revealed as terma, including one by Apang Tertön]