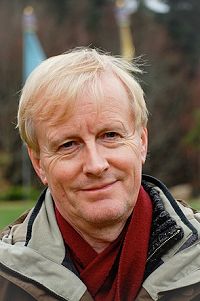 Patrick Gaffney (b. 6 February 1949) was born in England and studied at Cambridge University, where he first met Sogyal Rinpoche. He has served as Rinpoche’s personal assistant since the mid-nineteen seventies, and throughout that time has played a key role in the development of Rinpoche’s work to bring the Buddha’s teachings to the West.