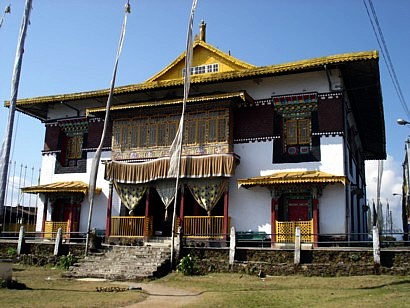 Pemayangtse (Tib. པདྨ་ཡང་རྩེ་་, Wyl. pad+ma yang rtse) - Pemayangtse was blessed by Guru Rinpoche who, according to the account, when searching for a place to practise, shot an arrow in the air. The place where the arrow landed is where Pemayangtse now stands.