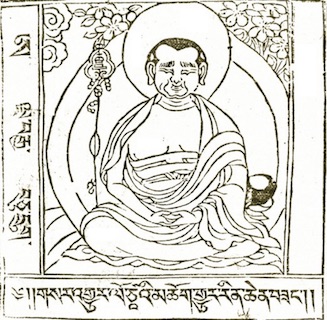 He was born in Reni (rad ni) in the district of Khyungwang in Ngari, western Tibet. He was ordained at the age of 13 by Yeshe Zangpo in Ngari, western Tibet, and was sent to Kashmir three times by Yeshe Ö, the king of Guge. Later, he maintained a team of ten lotsawas and kept them continuously busy with translation. He edited or revised over 150 texts such as the Guhyasamaja Tantra. Among the texts he translated is the Chanting the Names of Manjushri.

When Atisha visited Ngari in 1042 he met Rinchen Zangpo and was initially impressed by the depth of his learning. However, when Atisha asked him how he practised the teachings he had received he saw that he did not know how to bring them together. Rinchen Zangpo then received teachings from Atisha, especially on Chakrasamvara.