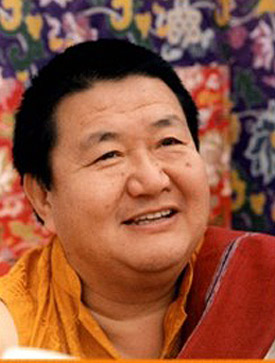 Shenphen Dawa Rinpoche was born in Kongpo, Tibet on February 17, 1950. He was recognized by Karmapa Rangjung Rigpé Dorje as the reincarnation of Taksham Tulku, a famous Nyingma tertön master, who discovered many teachings, and also of Tulku Pema Yeshe, an emanation of Khengen Tulku, the father of Dudjom Rinpoche.