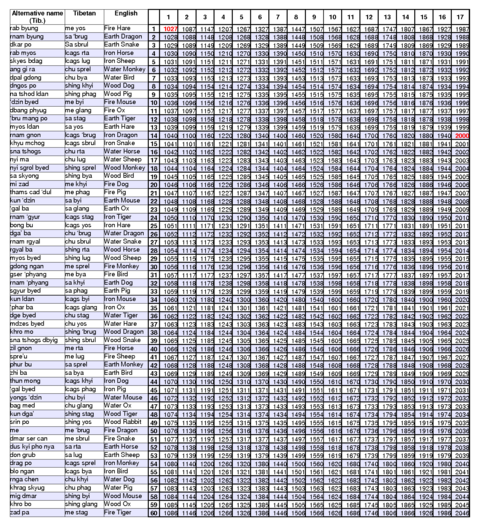 Calendrical cycle or Sexagenary cycle, (Tib. rabjung)--the sixty year cycle followed in the Tibetan calendar, which is a complete cycle according to Tibetan astrology.