Difference between revisions of "Introduction to the Middle Way" 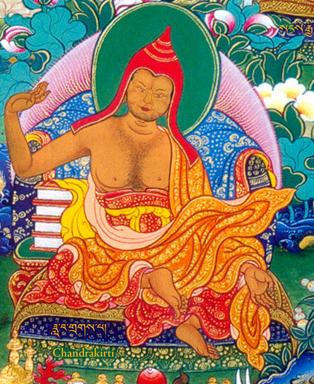 Introduction to the Middle Way (Skt. Madhyamakāvatāra; Tib. Uma la Jukpa; Wyl. dbu ma la 'jug pa) — Chandrakirti's classic commentary on the meaning of Nagarjuna's Mulamadhyamaka-karika. It is also a commentary on the Sutra of the Ten Bhumis (Dashabhumika-Sutra).

Meaning of the Title

Madhyamaka refers to the texts which express the meaning of the middle way beyond extremes, both the Buddha's teachings of the second turning and the commentaries that further elucidate their meaning. Specifically here it refers to Nagarjuna's Mulamadhyamaka-karika.

Avatara means entry or introduction. This text is an introduction in the sense that it clearly brings out the meaning of Nagarjuna's text by means of both scriptures from the sutras as well as the pith instruction passed down through the lineage of masters from Nagarjuna to Chandrakirti. It expresses both the profound aspect of Nagarjuna's text, namely emptiness, as well as the vast aspect, the paths and bhumis.

The text has eleven chapters, corresponding to the ten bhumis and the state of buddhahood.