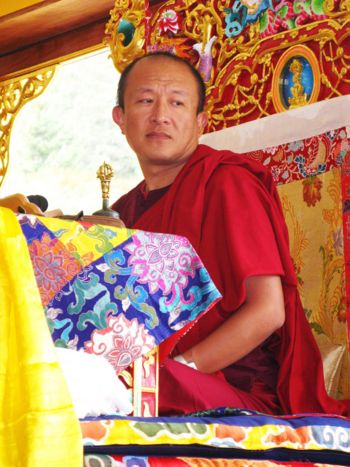 Born in Bhutan, Thubten Chökyi Gyamtso, also known as Khyentse Norbu, was recognized by H.H. Sakya Trizin as the third incarnation of Jamyang Khyentse Wangpo, the founder of the Khyentse lineage, and the immediate incarnation of Jamyang Khyentse Chökyi Lodrö. He received empowerments and teachings from the greatest lamas, including His Holiness the Dalai Lama, the 16th Gyalwang Karmapa and his own grandfathers, Kyabjé Dudjom Rinpoche and Lama Sönam Zangpo, but his main master was Kyabjé Dilgo Khyentse Rinpoche. The Khyentse tradition being non sectarian (Rimé), he received teachings from masters of the the four main schools of Tibetan Buddhism. He later attended London's School of Oriental and African Studies.