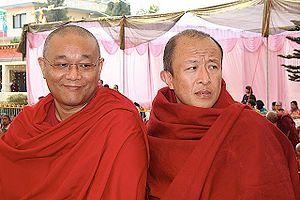 Jigme Khyentse Rinpoche frequently gives teachings in France and in various other countries, in both French and English. He also oversees Padmakara’s projects of translating texts from Tibetan into Western languages.