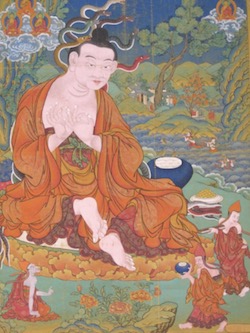 Madhyamaka (Skt.; Tib. དབུ་མ་, Uma, Wyl. dbu ma) refers to both the state of the Middle Way as well as the texts that express this ultimate meaning such as the Mulamadhyamaka-karika by Nagarjuna.