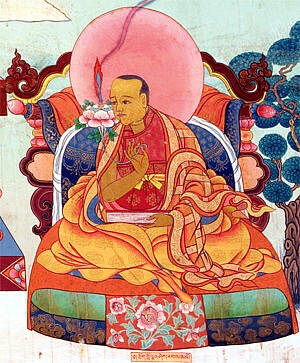 Ngok Loden Sherab (Tib. རྔོག་བློ་ལྡན་ཤེས་རབ་, Wyl. rngog blo ldan shes rab) (1059-1109) — one of the most famous translators in Tibetan history. He was the nephew of Ngok Lekpé Sherab. He revised the translation of the Bodhicharyavatara and composed a commentary on it.