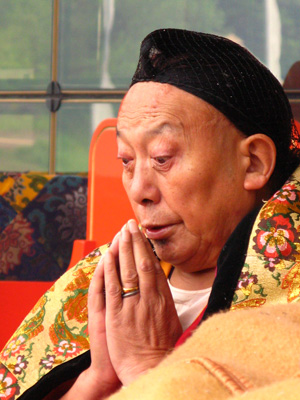 Pewar Rinpoche Chimé Dorje (Wyl. dpe war rin po che 'chi med rdo rje) (1933-2022) was one of the most revered lamas of Tibet. He was a student of Jamyang Khyentse Chökyi Lodrö, from whom he received many teachings and transmissions.