From Rigpa Wiki
(Redirected from Refuge)
Jump to: navigation, search 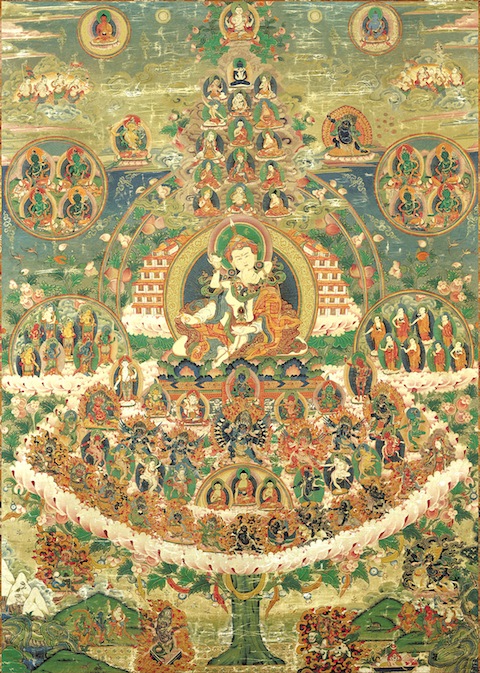 Field of merit from the Longchen Nyingtik Ngöndro

Taking Refuge (Skt. śaraṇa; Pali saraṇa; Tib. སྐྱབས་འགྲོ་, kyab dro, or སྐྱབས་སུ་འགྲོ་བ་, kyab su drowa, Wyl. skyabs 'gro or skyabs su 'gro ba ) is the foundation of, and entrance to, all buddhist practice. It is the basis of all vows and it marks the distinction between buddhist and non-buddhist. Khenpo Ngakchung defines taking refuge as "a commitment or resolution made to seek the protection of a special object through fear of one's own and others' suffering in samsara."

The Cause of Refuge

The cause of refuge is faith, and specifically irreversible faith.

The Essence of Refuge

The essence of taking refuge is, to accept the Three Jewels—i.e. Buddha, Dharma and Sangha—as your refuge, and make a decisive commitment to them, in order to be free from the fear of your own and others’ suffering in samsara. You accept the Buddha as your guide, Dharma as your path and Sangha as your companions.

The Objects of Refuge

The Duration of Refuge

There is an example given to illustrate the difference between causal and resultant refuge: Imagine someone who is poor and suffering. On the one hand this person could ask for help from a rich person who gives refuge and protection. This is like causal refuge. On the other hand, this person could think, "Now I’m going to do whatever I can, by myself, to get rich." This is like resultant refuge.

The commentary to Finding Comfort and Ease in the Nature of Mind says:

In this regard, according to the vehicle of characteristics, the wish to attain the ultimate dharmakaya and realize it in one’s mind is the resultant refuge, and to take refuge in the Three Jewels as one’s guides until this has been attained, thus creating the cause for its attainment, is the causal refuge. See Yukhok Chatralwa Chöying Rangdrol,

The Precepts of Refuge 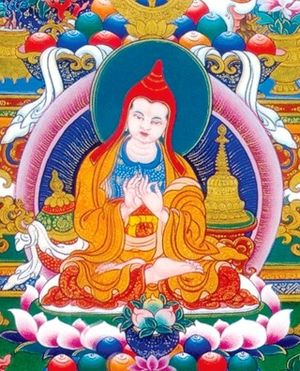 The great master Atisha was nicknamed the 'Refuge Pandita'

In this, there are six specific precepts and five general ones.