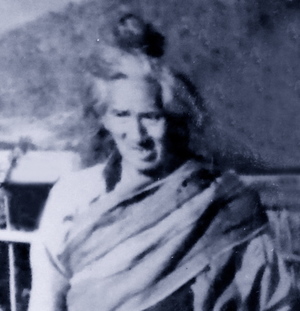 Togden Kunzang Longdrol (Tib. རྟོགས་ལྡན་ཀུན་བཟང་ཀློང་གྲོལ་, Wyl. rtogs ldan kun bzang klong grol) (aka Togden Sithar) was a highly realized Dzogchen master who was from the Powo region in south-eastern Tibet. He was an accomplished master of the Tröma Nagmo Chö practice of the Dudjom Tersar lineage.

In order to fulfill a prophecy, Dudjom Rinpoche once asked Togden Kunzang Longdrol to select one hundred and four suitable Chö practitioners from among his disciples in upper region of Powo. Dudjom Rinpoche gave to all of them the complete Dudjom Tersar Chö empowerments, texts transmissions and all the oral instructions. They all became excellent masters in this special lineage of Chö.

When the Chinese invaded Tibet in 1959, Togden Sithar fled from upper Pemakö (which was becoming under Chinese control), to southern Pemakö, taking many of his disciples with him. There, Lama Rigdzin Phuntsok became one of his main student.

Tulku Orgyen Phuntsok has been recognized by Dudjom Rinpoche as the incarnation of Togden Kunzang Longdrol.