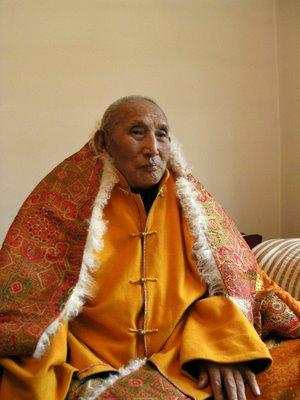 After 1959, he spent many years in prison, where he practised in secret and had a number of visions, during which he received teachings and empowerments. Following his release from prison he gave teachings to Alak Zenkar Rinpoche, whom he impressed with the depth of his scholarship and realization, and to other students, and composed several commentaries. His main student is Anyen Rinpoche from Gyarong.