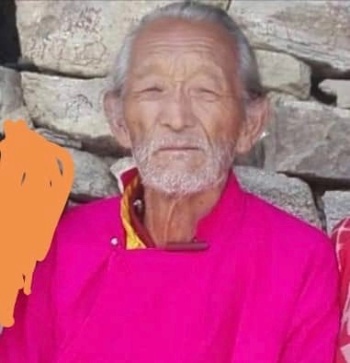 Based in Nepal, he spent more than 40 years in retreat. After Lama Döndrup Chungma passed away on September 9th, 2019, outstanding rainbows appeared in the sky. Later, when his body was cremated, more than a hundred relics were found in the ashes. Most of the relics were inserted in a stupa which was later built.[1].