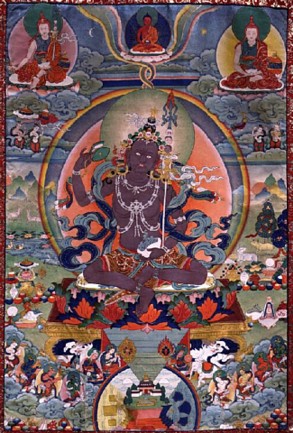 Nyingtik Saldrön (Tib. སྙིང་ཐིག་གསལ་སྒྲོན་, Wyl. snying thig gsal sgron) 'The Lamp that Illuminates the Heart Essence' — a guru yoga practice composed by Jamyang Khyentse Chökyi Lodrö at the request of Tsering Yudrön, a princess of Derge, and Dilgo Khyentse Rinpoche. Of all the guru yoga practices that he composed, this is considered the most special. Jamyang Khyentse also wrote a commentary to the practice, called the Yeshe Saldrön.

It contains the following invocation: