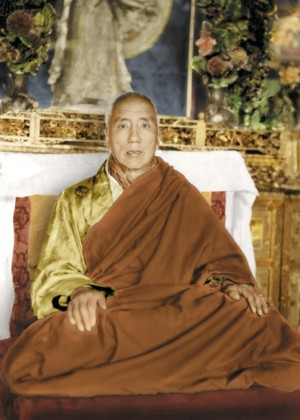 He was born in 1893 at a place called Sa-ngen or Rekhe Ajam, near Katok Monastery in eastern Tibet, south of Derge. His father was Gyurme Tsewang Gyatso of Amdo and was a tantric master. His mother was Tsultrim Tso.

In 1900 at the age of seven, he was brought to Katok Monastery, and Katok Situ Chökyi Gyatso enthroned him as the activity emanation of Jamyang Khyentse Wangpo. In the following years of his youth he was tutored by Khenpo Thupten in grammar, astrology, Sanskrit, and in Buddhist philosophy. By the time he was thirteen he had received the transmission of the Longchen Nyingtik, the Nyingtik Yabshyi, and an introduction to Dzogchen meditation.

Then in 1925 he went on a pilgrimage to Central Tibet, and at the main Nyingma monastery of Mindroling took ordination as a monk for a second time. Just before he returned to his home region in Eastern Tibet, Kathok Situ Gyatso of Kathok Monastery died. After this, for the next fifteen years Chökyi Lodrö took part in the administration of Kathok Monastery, which is home of the Kathok lineage teachings of the Nyingma. He continued to perfect, and accomplish the meditations and the sadhanas of all the Tibetan traditions, becoming a true Rimé master, who was able to teach both analytical philosophy and the performance of practices leading to realization from the various lineages. 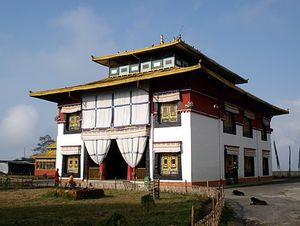 He then commenced a pilgrimage to India. He visited sites sacred to Buddhism in Nepal and India, and then at the invitation of the King of Sikkim, took up residence in the Palace Monastery in Gangtok, Sikkim. In the final four years of his life, the Palace Temple where he resided became a spiritual centre. By this time he was known as a Master of masters, and his presence attracted many lamas from Tibet, who came to receive transmissions from him. According to Tulku Urgyen Rinpoche one could ask him for clarification about some point, in any of the termas from any of the numerous lineages, and he always had an answer.